Rewarded Video Ads: Everything You Need To Know

Rewarded video ads are a popular and effective form of advertising. Users can earn rewards, such as virtual currency or in-game items, by watching a video ad. These ads have become more popular in recent years because they engage users and increase brand awareness.

In this blog post, we will examine the benefits of rewarded video ads for publishers, advertisers, and viewers.

What Are Rewarded Ads?

Rewarded ads, also known as incentivized ads, are a type of advertising in which users are rewarded for engaging with a video, display, or interactive ad format. This incentive can be anything from virtual currency or in-game items to access to premium content on a website or additional features within a mobile app.

Rewarded ads are commonly (but not exclusively) found in mobile games and other mobile apps and are designed to be non-intrusive so as not to disrupt the user experience. When users opt to engage with a rewarded ad, they are typically given the option to skip the ad after a few seconds if they choose not to engage with it. This allows users to decide whether they want to earn the reward or continue using the app without interruption.

Rewarded ads present a unique marketing opportunity that can lead to tremendous success. Advertisers stand to gain substantial brand awareness and engagement with their target customers, which leads to higher CPM rates for publishers. At the same time, users are provided the chance to reap the rewards for engaging with the content – creating a mutually beneficial situation.

Can I Use Rewarded Ads With Header Bidding?

Yes, you can use rewarded ads with header bidding. Header bidding, also known as pre-bidding or advanced bidding, is a technique that allows publishers to offer their ad inventory to multiple ad networks simultaneously to receive the highest possible CPM for each impression. Publishers commonly use this technique to maximize their revenue from display ads.

Rewarded ads can be used with header bidding in the same way traditional display ads are used. The ad network that is offering the rewarded ad will need to be included in the publisher's programmatic advertising setup, along with any other ad networks that the publisher wants to include.

What Are Rewarded Video Ads?

Rewarded video ads are a type of advertising that offers users a reward for engaging with a video ad. The reward is usually an incentive for users to watch the ad until the end or until a timer runs out, which is typically short and can range from a few seconds to a minute.

When a user opts to watch a rewarded video ad, they are typically given the option to skip the ad after a few seconds if they choose not to watch it. This allows users to decide whether to engage with the ad, earn the reward, or continue using the app without interruption.

There are several types of rewarded video ad formats, including interstitial, pre-roll, post-roll, and native.

Overall, the type of rewarded video ad format and ad placement that is used will depend on the specific app or game, the type of content being promoted, and the goals of the advertiser running the ad.

What Is The Difference Between Rewarded Video Ads On Mobile And A Website?

Overall, the main differences between rewarded video ads on mobile and a website are the platform on which they are displayed, and the way in which they are implemented. These differences can affect the user experience, the technical requirements, and the revenue potential of the ads.

How Do I Implement Rewarded Ads On My Website?

To add rewarded ads to a website, you need to use a third-party ad network or ad tech provider that supports rewarded ad formats. Many different ad networks offer rewarded ads for websites, including Google AdSense, Google Ad Manager, and Media.net.

Depending on the network or ad tech provider you choose, you will first need to create an account or get in touch to discuss partnership options. Afterward, you should receive a snippet of code that you can add to your website.  Once you are signed up, you can use the ad network's tools and settings to customize the appearance and behavior of the rewarded ads on your site. This will typically involve specifying the types of rewards you want to offer, the size and placement of the ads on your site, and any other relevant settings.

The setup can get complicated if you are new to ad monetization or not particularly tech-savvy. In those cases, it is best to work with an ad tech provider, like Snigel, who will assign a designated ad ops specialist to your website to set up all ad units on your pages and optimize the placements. Get in touch to find out more about how rewarded ads can work for your site.

How Do I Add Rewarded Ads In Unity or an Android App?

To add rewarded ads to a Unity app, you first need to create an account with a supported ad network and integrate their SDK (Software Development Kit) into your Unity project. Unity ads is an example of a network that offers a rewarded ad unit. The specific steps for doing this will vary depending on your ad network, so it is best to refer to their documentation for detailed instructions.

You can use the same ad networks and methods used for Unity apps to add rewarded ads to an Android app. This means that you will need to use a third-party ad network that supports rewarded ads in Android and integrate the ad network's SDK into your app.

What Are The Benefits Of Rewarded Video Ads For Publishers?

What Are The 10 Best Practices For Rewarded Video Ads?

The reward offered for watching a rewarded video ad should be helpful and relevant to the user. This could be anything from virtual currency or in-game items to access to premium content or additional features within the app.

2. Keep the ad short and non-intrusive

Rewarded video ads should be short and non-intrusive to avoid disrupting the user experience. A good rule of thumb is to keep the ad to 15-30 seconds in length.

3. Offer the option to skip the ad

Users should be given the option to skip the ad after a few seconds if they choose not to watch it. This allows users to decide whether they want to engage with the ad and earn the reward or continue using the app without interruption.

4. Use a clear and compelling call to action

The call to action (CTA) in a rewarded video ad should be clear and compelling to encourage users to watch the ad and earn the reward. This could be something like "Watch this ad to earn 100 coins" or "Watch this ad to unlock this exclusive content."

5. Target the ad to the right audience

Rewarded video ads should be targeted to the right audience to ensure that they are shown to users who are likely to be interested in the reward and the promoted content. This can be done using targeting options the ad network provides, such as demographics, interests, and behaviors.

The creative (e.g., video, images, and text) used in a rewarded video ad should be high-quality and engaging to capture the user's attention and encourage them to watch the ad.

7. Test and optimize the ad

Rewarded video ads should be tested and optimized to ensure that they effectively engage users and generate revenue. This can be done by running A/B tests to compare different versions of the ad, and by using metrics and analytics to track the ad's performance and make improvements.

8. Be transparent about the reward

The reward for watching a rewarded video ad should be clearly explained to the user to ensure clarity and understanding. This could be done through the use of clear and concise messaging within the ad or by providing more detailed information in the app or game's user interface.

Rewarded video ads should be created and shown per the ad network's policies and procedures. This will ensure that the ad complies with the ad network's rules and standards and will help avoid any issues or problems.

10. Monitor and maintain the ad

Rewarded video ads should be monitored and maintained on an ongoing basis to ensure that they continue to be effective and generate revenue. This could involve tracking the ad's performance, making adjustments as needed, and staying up to date with the latest trends and best practices in the field.

We recommend working with an experienced ad tech company like Snigel to ensure your rewarded ads are set up properly, fully compliant, and monitored so you can maximize your ad revenue. Click here to get in touch with an ad operations expert.

How Much Do Rewarded Video Ads Pay?

It's difficult to say precisely how much rewarded video ads pay. It can vary depending on several factors, such as the specific ad, the platform it's being shown on, the target audience, and more. Generally, however, rewarded video ads can be a good source of revenue for publishers, as they allow users to choose to watch an ad in exchange for in-app rewards or other incentives.

Ultimately, the exact amount that an online publisher can earn from rewarded video ads will depend on many factors and will vary case-by-case basis.

All in all, rewarded video ads offer powerful opportunities to engage users and generate revenue.  If you're ready to jump into rewarding video ads, get in touch with Snigel today and take advantage of the tools and resources we provide!

Ira is Snigel's Head Of Marketing. She supports our team and publishers by creating awesome guides on the latest adtech trends. Ira's background is in software development, communications, and media.

(VIDEO) What is Header Bidding? The Definitive Ad Tech Guide 2023 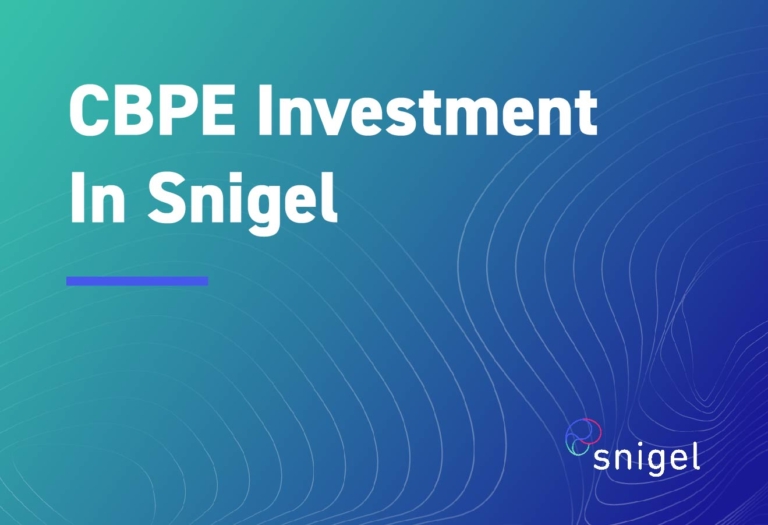 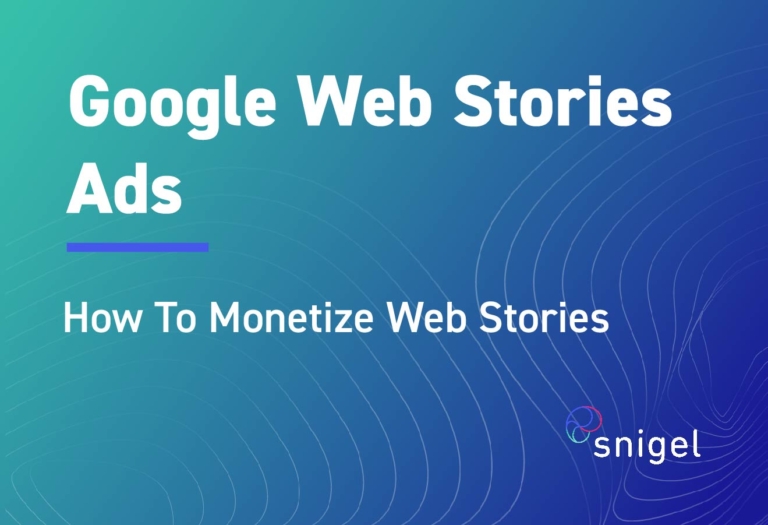 How To Monetize With Google Web Stories Ads (2023)

In this blog post, we will take a closer look at Google Web Stories, what they are, and how publishers can monetize them to earn additional income from their websites. Whether you are a blogger, publisher, or small business owner, Google Web Stories can be a powerful tool to engage your audience and generate revenue. […]