What is a PPID? The Ultimate Guide To Publisher Provided Identifiers 2022

PPID stands for publisher-provided identifier. They are encrypted alphanumeric distinguishers that publishers or website owners allocate to users in order to identify the user. Publishers typically assign a PPID to a single logged-in user or a single identified user. The actual PPID value is unique and set by the publisher.

While PPIDs have been around for some time now, it’s Google’s recent announcement that has reignited excitement among ad publishers and buyers.

Users are not the only beneficiaries, though. PPIDs offer publishers a compliant way to work around the increasingly tight restrictions on third-party web cookies. In fact, PPIDs are one of the top third party cookie alternatives on the market. They’re so effective that Google estimates they could bump up your revenue by up to 15%.

The only problem is, Google doesn’t yet go into the practical details on how you can achieve that. Publishers are still struggling to understand the role of PPIDs, and how they fit into the whole Google Ads ecosystem.

So, here goes all the essentials that you’d want to know about PPIDs. We’ve laid it all out in a very simplistic manner, complete with relatable examples on the technical bits.

PPIDs, is the short form of Publisher-Provided Identifiers. They are encrypted alphanumeric distinguishers that publishers allocate to users who visit their websites.

The process itself is pretty straightforward. Once you’ve enabled the system, you just need to come up with a unique PPID value for every user, and then attach it to their corresponding profile.

In the end, you’ll have a set of distinctive value strings, with each representing a specific user profile. This is how you get to discern one website visitor from the other through basic alphanumeric characters.

Google has set up algorithms that intelligently convert PPIDs into audience segmentation parameters. This helps publishers improve the value of their ad inventory and helps advertisers identify users.

This magic happens within the Google Ads ecosystem, and it all starts on Google Ad Manager. The platform now gives you the opportunity to pass on the particulars about your site users in the form of PPIDs.

But, make no mistake about it. A Publisher Provided Identifier isn’t packaged as user data per se. Rather, Google treats it as a symbol that represents a specific user’s data.

That means you won’t be coming up with a new identifier whenever a returning user opens a new session. You should, instead, keep mapping all the incoming user data into their already allocated PPID.

This is what Google uses to point out and group all the website hits coming from the same user.

A PPID value (string of alphanumeric figures) is assigned to each individual user when they visit the website. This enables you to attribute all their activity to a single profile. The PPID is passed to Google Ad Manager to accurately distinguish users within its ad audience - even when cookies have been disabled.

As it turns out, the basic version of Google Ad Manager doesn’t support PPIDs. If you intend to leverage Publisher Provided Identifiers, then you ought to upgrade to the paid version, Google Ad Manager 360. It comes with tools for not only enabling PPIDs, but also tweaking and controlling their allocation parameters. If you’d like to access these powerful tools and get a dedicated adops expert to refine your ad setup, contact Snigel here.

One of the first things you’ll notice about this system is, the values are never set as personally identifiable information. Publishers are, instead, required to encrypt the identifiers before forwarding them to GAM 360.

You could, for instance, assign one of your users a random PPID like XVLS9D81712DJD92J02KDCJ078S8F1J2, and then proceed to give another individual something along the lines of ZPA0ELAAKC0E9SDO1LS9WMS8LF230337.

Each of these strings of values represents a specific set of interests, based on the data gathered from each user’s site visits. This is particularly handy in environments where third-party cookies are restricted - since you’ll be left to build user insights from first-party data.

Now, to make it more meaningful, you might want to segment your users based on their interests. This is where you use Audience Solutions in GAM 360 to place the PPIDs into groups that are defined by common interests.

Such audience segments are ultimately passed on to Google Ad servers to facilitate high-level ad targeting - all without revealing your users’ private information.

At that point, you could proceed to custom-tailor your user’s ad experiences by incorporating their respective PPID values into the relayed ad requests. The ad server will programmatically respond with well-targeted ads that perfectly match the corresponding audience segments.
All in all, therefore, PPIDs provide a way for advertisers to reach the right audiences - which, in turn, generates more revenue for publishers from all the positive response rates.

How To Enable Google's PPID

Since Google PPID is exclusive to Ad Manager 360, small-scale publishers will not be able to access it through their basic Ad Manager accounts. The feature is entirely reserved for enterprise-level publishers who happen to be running premium accounts or maybe collaborating with a monetization partner. If you’d like to access these powerful tools and get a dedicated adops expert to refine your ad setup, contact Snigel here.

If you’re privileged enough to be among the few, you ought to keep in mind that Google Ad Manager 360 doesn’t come with the feature powered by default. Publishers are, rather, required to dive into their dashboard settings and enable PPIDs.

You can find this option within the “Global Settings” section of your admin panel. Just hit the slider for enabling “Publisher-Provided Identifiers for Programmatic”, save the settings, and you’ll be good to go.

While PPIDs continue to serve publishers, advertisers, and users in a number of ways, they’re particularly outstanding when it comes to:

As we’ve established, PPIDs give publishers the opportunity to discreetly compile first-party user data. You can collect insights across multiple sessions, and then use the identifiers to strategically tie it all back to the respective user profiles.

Now, imagine implementing such a system on a website that enjoys a steady flow of traffic. With time, you’d ultimately find yourself with one heck of an extensive database - consisting of numerous PPIDs, with each representing its own profile of interests.

Ok, it might all sound overwhelming at first. But, the good thing about PPIDs is, they make it considerably easier for publishers to sort out large volumes of user data. You just need to categorize your users based on their interests and other commonly shared parameters.

The resultant audience segments are then relayed to ad servers as groups of closely-related PPIDs. In particular, publishers could submit their ad requests via bidstream, with the audience segments helping them secure programmatically targeted deals from open auctions.

Even when you’re running GAM 360, Ad Manager has this rather annoying tendency to treat every new device as an independent user. If, for instance, the same visitor uses different devices to access your site, the system will proceed to generate a separate user ID for each session.

This unstructured approach usually leads to frustratingly repetitive ad displays, as users are shown the same adverts over and over again across different devices.

With PPIDs, however, GAM 360 manages to seamlessly keep tabs on users as they switch from one access point to another. The unique identifiers give the ad server just enough intel to recognize and unify cross-device sessions from the same user.
This level of consistency helps to regulate the frequency caps on ads, which ultimately translates to an improved user experience.

With the leading web browsers now on the verge of phasing out third-party cookies, it’s safe to conclude that the once dependable trackers are dying. The likes of Google Chrome, Mozilla Firefox, and Safari are already dropping their support for third-party cookies, and it’s only a matter of time before the rest follow suit.

Where does that leave you?

Well, thankfully, publishers can count on PPIDs to fill the ever-widening gap that’s being created by the restrictions on third-party cookies. The identifiers have made it possible for publishers to build solid user insights from first-party data and, subsequently, use it for audience segmentation and ad targeting.

You can, for instance, expect your PPIDs to take over when the standard GAM cookies are inaccessible. The role of the identifiers in such cases is to distinguish unique users using your first-party data and then relay their respective IDs to Google.

While they’re at it, you’ll also notice that PPIDs are versatile enough to identify both logged-in and unregistered users. The former group is reviewed based on their account data and user behavior, whereas the latter is identified according to their interests and surfing patterns.
The allocated values are eventually relayed to Google, which then proceeds to hash the IDs before channeling them through its dynamic ad serving system. As a result, you get to show each identified user relevant ads that are uniquely tailored to their needs and interests.

For years, both advertisers and publishers fundamentally pulled their user data from third-party cookies.

And it worked for everyone. By tracking individuals across different websites, third-party cookies proved to be a reliable source of information about user interests.

This has, of course, heavily influenced ad targeting across all GAM services. Publishers have been using the data to segment their audiences, as well as send relevant requests through the bidstream - while programmatic ad buyers have enjoyed being able to identify the right targets for their ads.

Here’s the kicker, though. As cookie-based user tracking evolved, it progressively triggered concerns about data privacy. This then gave rise to all sorts of data privacy regulations - which are increasingly restricting the usage of third-party cookies.

So, the fact of the matter is, third-party cookies are on their deathbed. The many restrictions have considerably limited their tracking capabilities, and all the major web browsers are already phasing them out.

Thankfully, PPIDs are now rising to the occasion as reliable alternatives to third-party cookies. Publisher Provided Identifiers have made it possible to gather and leverage user data without violating privacy regulations.

The only thing is, building user insights from first-party data might take time. But then again, it’s admittedly worth all the effort and time when you consider the ad targeting capabilities that you’ll be getting in return.

Ira is Snigel's Online Marketing Executive. She supports our team and publishers by creating awesome guides on the latest adtech trends. Ira has studied software development, communications, and media. 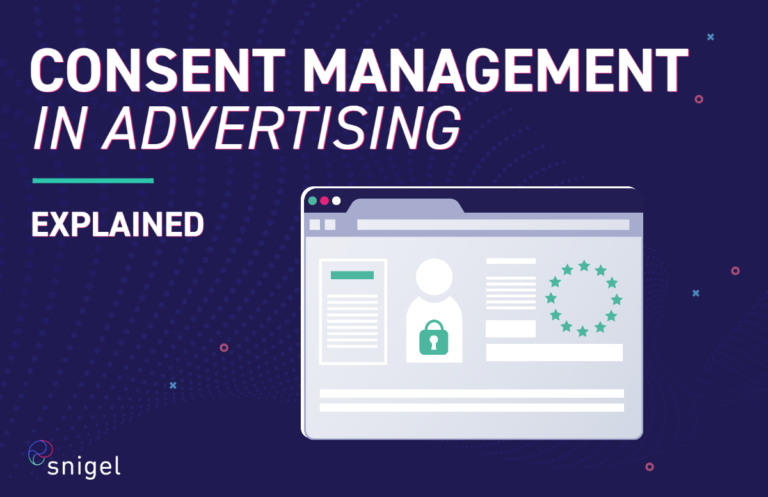 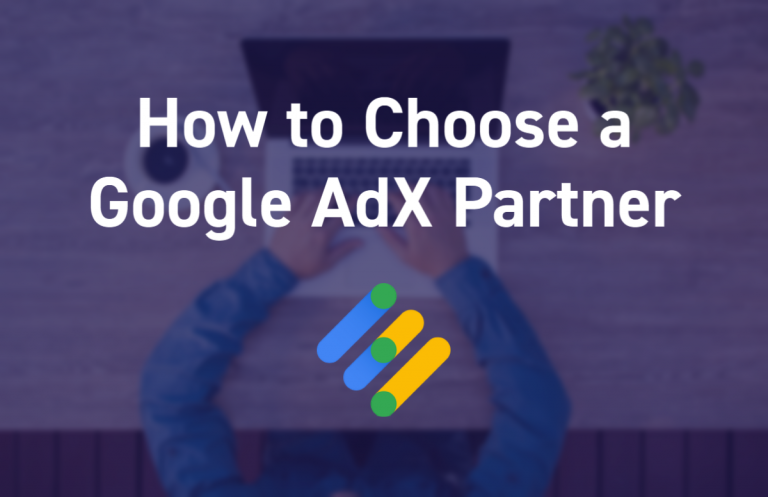 [VIDEO] The Best Google AdX Partners (2022) How To Select One

Are you looking to find a trustworthy Google Adx partner to help increase your ad revenue? It can be difficult to sift through the wide range of companies and the solutions they offer. In this post, we’ll cover: What to look for in a Google AdX partner or header bidding company How to find the […]