Bid shading is currently a hot topic in the world of programmatic advertising, and with good reason. It offers advertisers an algorithm-based way of paying the lowest possible price for a publisher's ad inventory. Bid shading algorithms are so effective that they enable advertisers to pay 20% less for impressions.

But what is bid shading, exactly? How does it work? And how does the bid shading algorithm impact publisher revenue? We'll answer these questions and more in this ultimate guide to bid shading in 2022.

What Is Bid Shading?

Bid shading is a technology that DSPs and ad exchanges provide to help advertisers pay the lowest possible price for ad inventory in first-place auctions. Bid shading algorithms leverage market, site, ad size, exchange and bid data to find an average between the highest and lowest priced bids. They also examine the historical clearing prices of an ad placement and compare them to what buyers are willing to pay to predict the lowest price a buyer can submit to win the online auctions.

The bid shading technique can be challenging to understand without a working knowledge of the terms used to describe the process accurately. With this in mind, let's break down what's happening here.

Overwhelmed by the jargon? Check out our Ad Tech Glossary!

There are two main types of auction in programmatic advertising: first-price and second-price. Let's break down the differences:

What Is A Second Price Auction?

In second-price auctions, the second-highest bidder determines the sale price of an impression. So, for example, if three bidders bid $10, $15, and $20, respectively, the buyer who offered $20 will have the winning bid, but they only pay $15.01. For advertisers, a second price auction means they can bid up to their entire budget and never pay more for an impression than it's worth.

Second price is the most widespread pricing model in programmatic advertising and has long been the default type for header bidding auctions. However, things are starting to shift in the digital advertising industry. For example, in recent years, Google and Hulu switched to first-price auctions, and several other exchanges have begun offering them. But what is a first price auction exactly?

What Is A First Price Auction?

In first price auctions, the highest bidder sets the sale price of an impression. So, for example, let's say Advertiser X bids $3.50, Y bids $5.00, and Z bids $4.50. Here, the highest bid (Advertiser Y's $5) becomes the clearing price - they win and pay exactly what they bid. The obvious benefit of first-price auctions for a publisher is the potentially limitless revenue potential. Since advertisers bid according to their budget and the perceived market value of the ad inventory, the publisher is guaranteed to receive the highest amount possible.

So, the benefits to publishers are apparent, but why would advertisers want to use first-price auctions? The most significant advantage to advertisers is access to users. So, for example, if you're running a programmatic campaign and want to reach a specific cluster of users who meet some key criteria (model-driven insights, retargeting lists, audience whitelist, etc.), first-place auctions offer a higher chance of reaching those users. Of course, buyers might pay more to reach those users, but it guarantees they don't miss those opportunities for ad campaigns that really matter.

However, first-price auctions can also be less than ideal for advertisers. Buyers are often left guessing how much their competitors were willing to bid, and as a result, overinflated rates are typical. Or in other words, buyers often pay more than an ad is actually worth.

This is where bid shading comes in. With the first-price model gaining favor, the industry needed a new way to keep buyers happy by ensuring they weren't paying more than required. Bid shading is essentially a compromise between the two - the buyer pays something in between what the second-price and the first-price cost would have been.

How Does Bid Shading Work?

Bid shading can work slightly differently depending on the ad tech company that provides the service. However, the overarching goal is to determine a bid cost between the first and second price bids to allow buyers to reduce spending while winning ad placements. One way to do this would be to take an arithmetic median between the two. However, this isn't the best technique to ensure the best value. So instead, ad exchanges and demand-side platforms (DSPs) use algorithms to find the optimal bid price.

These algorithms analyze various data, including bid-history information (for example, what rates usually win on a particular website), ad size, site statistics, competitive dynamics, and more, to decide where to set the bid.

Why Is Bid Shading Important?

Here's the bottom line: in the world of first-price auctions, if you’re not using bid shading as an advertiser, you’re overspending. Without the method, buyers run into the "winner's curse" situation where they often pay far more for an item than what it's worth. Bid shading mitigates this effect.

How Does Bid Shading Benefit Buyers?

So, we know that bid shading offers cost savings for buyers, but what kinds of savings are we looking at here? According to Rubicon Project, PubMatic, and The Trade Desk research, buyers save approximately 20% with bid shading.

The second benefit comes in the form of time savings. Bid shading decreases the buyers' time manually analyzing bid pricing to calculate the optimal bid and then updating the bid in the campaign. As a result, buyers have more free time to spend on higher-value tasks like creating more advanced strategies, performing deeper analyses, and driving optimizations.

What Is The Impact Of Bid Shading On Publishers?

So, in a sense, we are looking at a zero-sum situation here. If advertisers are winning (by saving 20%), publishers should be losing by feeling that hit. Essentially, this is the opposite of what was happening previously with first-price auctions - publishers were winning because advertisers were overpaying.

In addition, publishers also have plenty of tools at their disposal to maintain price control and manage yield if they are working with the right ad technology, like AdEngine and an experienced Ad Ops team. For example, publishers can set price a price floor. By adjusting and experimenting with price floors in the right way, publishers can boost revenue. Lastly, bid shading serves to stabilize demand for publishers' ad inventory and, ultimately, revenue.

Some buyers prefer using a DSPs bid shading tool over an exchange's. This is because SSPs are incentivized to ensure you win through their exchange, whereas a DSP can provide a broader evaluation of the opportunity.

Are There Any Downsides To Bid Shading?

The main criticism of bid shading is that it's not particularly transparent. Or in other words, buyers have to trust that whatever figure the vendor presents is the optimal price. Currently, there is very little accountability when it comes to auditing SSPs to ensure they have extracted as much value as possible. This means you can't be sure you're saving as much money as possible.

What Does The Future Of Bid Shading Hold?

While bid shading has gained much traction recently, it's not an entirely new concept. Both demand-side platforms and supply-side platforms have long leveraged historical bid data and auction dynamics to improve their products. However, as we continue to transition to the first price auction era, bid shading will undoubtedly play a prominent role.

With that said, some people argue that bid shading is more of a transitory solution or a band-aid that will be replaced at some point in the future. Why? Because many consider it a step backward for first-price auctions. It restores a lack of transparency in the process, and one of the top-cited benefits of first-price auctions is their visibility. At the same time, if all DSPs start offering bid shading to stay competitive and meet demand, we could begin to see prices level out.

Like programmatic advertising itself, bid shading is an excellent example of data analytics and automation at work. Moreover, it highlights just how vital automation is in modern online advertising.

Header bidding technology allows publishers to receive bids from multiple demand partners, and bid shading helps find a middle ground on the price. While publishers can sell more inventory on a per-impression basis, buyers don't have to worry about overpaying or wasting time monitoring their spending. Besides having the chance to win bids on premium inventory at a fair price, header bidding and bid shading also provide advertisers with an increased reach to find their target audience.

The benefits for both parties speak for themselves, and as the programmatic landscape continues shifting toward first price auctions, buyers and sellers who don't embrace this new reality will lose out.

Snigels team of dedicated Ad Ops specialists helps digital publishers maximize their website's ad revenue. Get in touch to learn more about how Snigel can help boost your income and grow your site with our refined header bidding solution, Ad Engine.

Typically, bid shading services are free, but there are some exceptions. For example, some providers charge a fee based on the money saved. The Trade Desk's tool, KOA, does this.

Are First-Place Auctions Here to Stay?

Who Should Use Bid Shading?

This one is easy to answer. Any brand or agency, regardless of sector, should use bid shading if they want to gain more efficient CPMs.

How Can You Overcome the Lack of Transparency?

Since bid shading was created to prevent buyers from overpaying for ad impressions, this should be your top priority when choosing a solution. However, the lack of transparency in the process makes estimating how much you save difficult. But, not every technology works the same way. Therefore, it's a good idea to analyze in detail the technologies involved to determine who offers the most value.

Ira is Snigel's Head Of Marketing. She supports our team and publishers by creating awesome guides on the latest adtech trends. Ira's background is in software development, communications, and media.

(VIDEO) What is Header Bidding? The Definitive Ad Tech Guide 2023 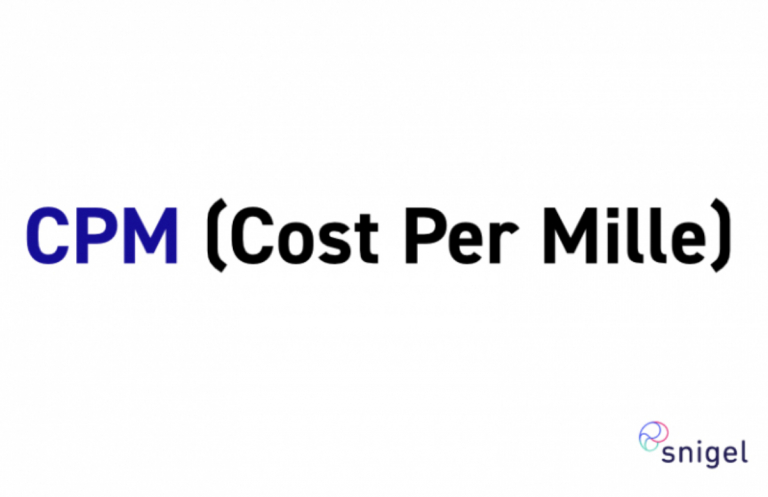 What Is CPM? CPM stands for “cost-per-mille” or “cost per thousand”. It’s a marketing term that refers to how much it costs an advertiser to have their ad appear 1,000 times on a website. The M in CPM comes from the Latin word mille which means one thousand. CPM is commonly used by publishers to […] 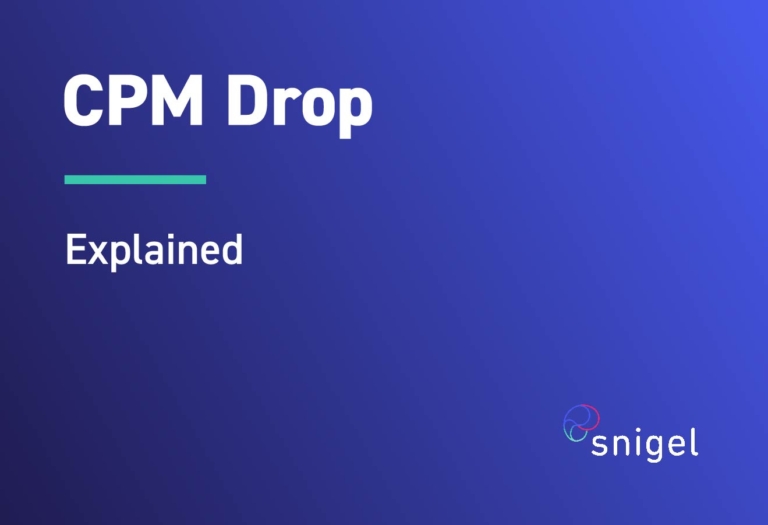 CPM drop is a publisher’s nightmare. This is primarily because it’s hard to determine the cause of decreasing ad revenue. While no publisher sees their revenue constantly increase throughout the year, you should know the reason for those lows (and highs). Whether they’re caused by internal changes (website updates, new ad formats, etc.) or external […]